What Is Adverse Possession? 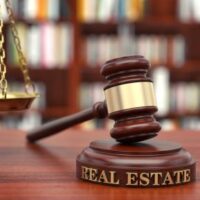 One never imagines that they could lose their land, or a part of it, through no fault of their own. However, a doctrine recognized in Florida law – and in most other states’ law as well – called adverse possession provides a loophole through which someone can take possession of your land if certain requirements are met. While this is a relatively rare occurrence, it does happen, and if you suspect it is happening to you, it is crucial to act fast. An attorney well versed in these cases can be a big help in moving forward.

In the modern day, only Anglophile jurisdictions still generally recognize the right; the United Kingdom, the United States, and Canada are some of the few. Most U.S. states do, as well – Florida law specifically does acknowledge the right to adverse possession, but sets out several criteria that an adverse possessor has to satisfy before they can be said to possess the property in question. Some include establishing actual and continuous use of the land, as well as using it “openly and obviously” – that is, the neighbors must be aware of the land’s use, and property taxes are being paid by the alleged adverse possessor.

If you are faced with someone claiming adverse possession of your land, it is important to understand that you are not the person who has the burden of proof; rather, the adverse possessor must establish that they have satisfied the legal requirements in order to acquire the land under color of law. Their intent is irrelevant; they may have intended all along to adversely possess your land, or it may be an honest mistake. Either way, they must be the one to establish possession, rather than you trying to prove they lack possession.

That said, in some situations, the act of adverse possession can be a crime. After all, if someone is on your land without your permission, or if they commit a crime on your land, or have refused your order to depart, it may be possible to charge them with a misdemeanor (or, if weapons are involved, a third-degree felony, depending on the circumstances). Florida law recognizes the doctrine of adverse possession, but also acknowledges the right of the original landowner to assert their rights and defend their property.

Adverse possession is a highly controversial doctrine, and while it does not occur very often, comparatively, it is still a good idea as a landowner to be alert to the possibility, especially if you own land that you do not often visit or use. If you have questions or are in need of a Tampa real estate attorney, Alicia Seward and the Seward Law Office are ready to try and assist you. Contact our offices today at 813-252-6789 to schedule a consultation.