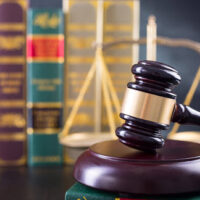 In 2020, election season has been drawn-out and passionate, with many strong opinions on all sides of the political spectrum. Because of the depth of feeling present, many people are inclined to try and show their support for one candidate or another, most often by placing signs or flags out on their property. However, what they may not be aware of, at least in Florida, is that if they live under the aegis of a homeowners’ association (HOA), the HOA can regulate what they can put out for display on their property, with only a few exceptions.

Homeowners’ associations have fairly extensive authority in Florida, and are able to regulate a wide swath of things about a tenant’s property. Some examples include noise levels, parking rules, resident limits, which types of modifications (if any) can be made to the home, and whether or not to permit pets, as well as the right to display any signage or flags. If it makes an aesthetic change to the outside of your home, the HOA can generally regulate it.

An HOA is also generally required to perform upkeep on any common areas and areas of traffic such as ramps or sidewalks, as well as holding meetings, proposing changes to the covenants, conditions, and restrictions (CC&Rs), and keeping accurate records of everything from meetings to finances. The governing documents and meetings of the board are intended to be available for homeowners to access, so if there are disputes between owners, or between an owner and the board, the final word on the issue should be available to both sides.

While the HOA can regulate signage and flags, there are limited exceptions under Florida law. There is state law permitting American flags, official Armed Forces flags, or the POW-MIA flag to fly regardless of any other restrictions, as well as permitting Jewish homeowners to display mezuzot in their doorways, in accordance with religious practice. One might imagine that political signage during an election period would be permitted on similar lines of freedom of speech or expression.

In reality, however, HOAs are generally permitted to restrict displays of political signage. First Amendment rights only apply to government actors – for example, federal or state agencies – and an HOA is a private entity. In addition, in order to buy their home, a potential owner must sign off on the HOA’s list of covenants and restrictions. If a ban on signage is in the CC&Rs, the homeowner has very little standing to contest the issue, because they will have already consented to abide by it. If an HOA decides to permit political signage, that is their choice, and they must set out specific regulations for doing so.

Homeowners’ associations are allowed to regulate the appearance of the homes under contract. Political signs may seem like a matter of free expression, but there are several reasons why an HOA can choose to restrict or ban them. If you or your HOA have questions or concerns about an issue with political signs, consulting an experienced Tampa HOA & condo association attorney from the Seward Law Office can be of help in determining what path to take on the issue. Contact our offices today at 813-252-6789 to speak to an attorney.

By Seward Law Office, P.A. | Posted on November 23, 2020
« Common Reasons For HOA Lawsuits
The Evolution Of Real Estate Transactions During The COVID-19 Pandemic »
Share This Page: