Judge OKs $1.1B Settlement For Victims Of Surfside Collapse 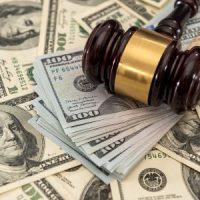 In late June, a judge in the Miami-Dade Circuit Court gave final approval to a $1.02 billion settlement worked out between the victims and several parties accused of contributing to the Champlain Towers disaster. Approximately one year ago, the south tower at Champlain Towers partially collapsed, killing 98 people, and while no ultimate cause of the disaster has been found, it is relevant to note that as many as 37 different sources – including the Champlain Towers condo association – are contributing money toward the settlement fund, yet none of them are willing to admit any wrongdoing.

Condo Boards Can Be Negligent

In most cases, if you are a condo owner, you are a member of your condo association. The association is represented in day-to-day dealings by their board of directors, and a condo board generally has quite a lot of power. It has the right of access to units, the right to impose special assessments when necessary, and a host of other abilities that can sometimes cause friction between the board and unit owners. One of the more important duties of a condo board, specifically, is to oversee what are known as reserve accounts – a portion of each owner’s assessments and dues is meant to land in these accounts, to act as a ‘rainy day’ fund in the event of needed repairs to the building.

That said, a history of weak regulations and casual oversight has led to many Florida condo boards either not being able to collect enough to meet their reserves goal, or simply refraining from collecting it (a board was formerly able to waive reserve collections under certain circumstances). For example, Champlain Towers South was reported to have approximately $706,000 in its reserve accounts in 2021 – but a survey later in the year reported that as much as $10 million would be required to fully repair the defects found in the building and its supports.

If you believe that your condo board has been sufficiently negligent to warrant legal action, be advised that Florida’s “business judgment rule” essentially absolves individual condo board members of responsibility for alleged negligence because it presumes that corporate ‘directors’ act in good faith. However, the condo association may still be held liable as an entity. This was not an option for the survivors of the Champlain Towers South collapse because a specific cause for the tragedy has not yet been determined – but in the interest of assisting the survivors and their families, 37 entities still agreed to the settlement so as to hopefully put at least some claims to rest.

Despite all this, it is important to keep in mind that many issues with one’s condo board may be resolvable without recourse to filing suit. While it is not impossible to prevail in court against one’s condo board, it can be extremely expensive to try, and most boards have the resources to fight longer and harder than an individual owner. However, enlisting an attorney to help you is often still a good idea, simply because someone with legal experience on your side can help simplify the dispute process and increase the odds of arriving at a positive outcome.

While it remains to be seen how the process of compensation for the Surfside survivors will play out, it is important to know that it is possible, in many cases, to file suit against your condo board if you suspect they have been negligent in their administration of the association. Tampa HOA & condo association lawyer Alicia Seward and the Seward Law Office, P.A. have experience in these matters, and are ready to try and assist you with yours. Contact our office today to schedule a consultation.

By Seward Law Office, P.A. | Posted on September 8, 2022
« Dealing With Condo Termination In Florida
The Role Of A Home Inspection In Florida Real Estate »
Share This Page: