How Far Can Community Associations Go? 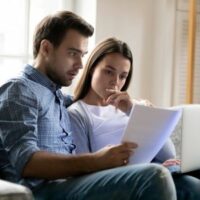 When one purchases a home or condominium governed by a community association, one tacitly grants that community association a modicum of control over certain things in their lives. A homeowner in a homeowners’ association (HOA) cannot, say, paint their house in a color that is not acceptable to the association. However, the power granted to community associations is not limitless; governing documents and those enforcing them must still abide by Florida public policy. If you feel as though your association is acting in a way that contravenes their obligations, consulting an attorney is a good idea.

The Owner Is The Underdog

Generally, HOAs and condo boards do have significant amounts of power. Florida is a very business-friendly state, and notably lacks the degree of oversight that other states impose on their community associations. This is allegedly in the interests of stimulating the economy, but unfortunately it sometimes leads to associations acting in ways that seem to infringe upon the rights of owners. With around 44 percent of Floridians living under an HOA, though, many associations act with relative impunity because they believe they can.

Awards in favor of homeowners or condo owners are rare enough to be remarked upon. A November 2021 ruling against Avatar Properties, the developer of Solivita in Poinciana, awarded $34.8 million to a class of residents who had been fighting against improperly collected fees since 2017. The ruling was made after Avatar was found to have overvalued amenities in the development when up for sale, basing their appraisal on an illegal fee that residents could not opt out of paying. While the award will almost certainly be appealed, the mere fact it was awarded is unusual and notable.

Is There A Challenge To One’s Rights?

Many associations are unrepentant about this type of behavior, arguing that an upset owner voluntarily signed a deed that requires compliance with the association’s governing documents. It is true that many owners simply do not perform due diligence when buying a home or a condo; not having read governing documents is not an excuse for refusing to follow them. However, some cases do fall in a gray area, where a credible challenge to an owner’s rights exists.

For example, a woman and her husband had owned two condos in the Colony Beach Club unit in New Smyrna Beach, with one in her name, and one in his. When the husband passed away, the wife filed the appropriate paperwork to initiate probate, intending to claim the condo that was “always meant to be hers.” However, the condo association unilaterally blocked the transfer, citing the association’s declarations, which allegedly gave the right to deny any transfer for any reason. As of this writing, the woman is contemplating filing suit, challenging the declaration as an unlawful restraint, and arguing that the transfer was denied in retaliation for an earlier lawsuit over improvements to the common areas. The outcome remains to be seen, but the average person should take this episode as extra impetus to be very familiar with the association before signing anything committing to buying a home or condo.

It is never a good feeling when your condo board or HOA has you over a proverbial barrel. However, it is possible to challenge them and win, if the law is truly on your side. You need a Tampa HOA & condo association attorney who will be relentless in representing your interests. Attorney Alicia Seward and the Seward Law Office have handled many of these cases, and will work hard for you. Contact the office today to schedule a consultation.