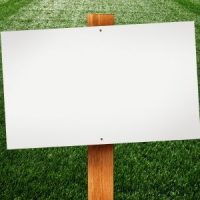 Elections are relatively frequent in the United States, from homeowners’ association board members to presidential contests. It has become common practice to put signs on a person’s lawn in order to signify one’s support for their chosen candidates – but in some places, it is permissible for those expressions of support to be regulated. If you live in a homeowners’ association (HOA), it is crucial that you be aware that your board can and will restrict the display of political signage if it deems it necessary.

Are There Free Speech Concerns?

Florida law allows a homeowners’ association to include language in its conditions, covenants, and restrictions (CC&Rs) that bar the posting of any signage by a homeowner on their property. However, political signage occupies a special place in this discussion, because politics and support of political candidates can and does become a free speech issue with regularity. Homeowners will often argue that barring political signage violates their First Amendment rights, because they are expressing a protected type of speech on their own property.

In reality, though, the First Amendment simply does not apply to HOAs; the language of the amendment makes it very clear that its protections only apply to the public sector. A HOA is a private entity, not established by any kind of governmental agency (though it may be regulated by them). Unless its actions are excessive and would shock the conscience of the public, it has the right to regulate speech if it is in the best interests of the association to do that. However, associations do have to proceed with caution in trying to carve out a regulation that preserves order while not overstepping the line.

Any Regulation Must Be Consistent & Fair

If an HOA sees fit to step into the arena of trying to regulate political speech, it must be done by the book, in that any modifications must be documented properly and enforced fairly and consistently. It also must be kept in mind that election season does not last forever – if methods of regulating political speech in the association are considered too extreme, owners may be in a position to hold the association liable at a later point. The association has a duty to act for the benefit of the owners in it, and can be held accountable if that duty is breached.

Be aware that while signs may be regulated, Florida law does generally allow the display of flags. The Florida Homeowners’ Association Act explicitly allows the display of one “portable, removable” U.S. flag or Florida state flag, as well as one military flag (such as those of the U.S. Army, Navy, Marines, or Coast Guard) or a POW-MIA flag honoring prisoners of war and those missing in action, provided it is no larger than 4 ½ by 6 feet. This is the case regardless of any regulation, covenant, or restriction aiming to otherwise regulate flags or patriotic symbols. Other flags, such as the “Back the Blue” or Gadsden Purchase “Don’t Tread On Me” flags that are popular with some nowadays, are not specifically protected by Florida law, but your association may allow their display, depending on its specific CC&Rs.

People get passionate during election season, but regardless of how strongly the feelings may run, both homeowner and association must abide by the HOA’s governing documents in displaying or regulating political signage. If you believe you may have a claim against your association over this issue, contacting a Tampa HOA attorney from the Seward Law Office may be a good first step. We are happy to try and assist you. Contact our office today at 813-252-6789 to schedule a free consultation.